-In March of 2017 I had an issue with low oil pressure. OEM S13 front covers had already been discontinued, so I ordered a rockauto unit complete with oil pump.
-In May of 2018 I did an oil change, and on start up the car had 0 oil pressure. Confirmed with checking my turbo feed line. Ordered a new pump cover, and S14 pick up. No change. Swapped in an old set of pump gears and it pumped oil, so I ordered brand new pump gears from the dealer and swapped those in.

Fast forward to this past weekend. Started the car, and boom. No oil pressure again. What the hell keeps causing this? I already ordered everything, and have a custom tool to bench test the assembly before installing it but, I cant help but be incredibly irritated.

Having done this before, I've inspected everything I can think of. I even took the front cover to work and x-rayed it to make sure the pressure relief spring wasn't stuck open both times. None of the passages are clogged, the pick up screen isn't clogged, cracked or bent.

Below are some images of my current stuff. Theres what I would call "normal" wear for components that spin RPM and have 23K miles on them.

Even sdaigle240 was out of ideas when I called him the other day. 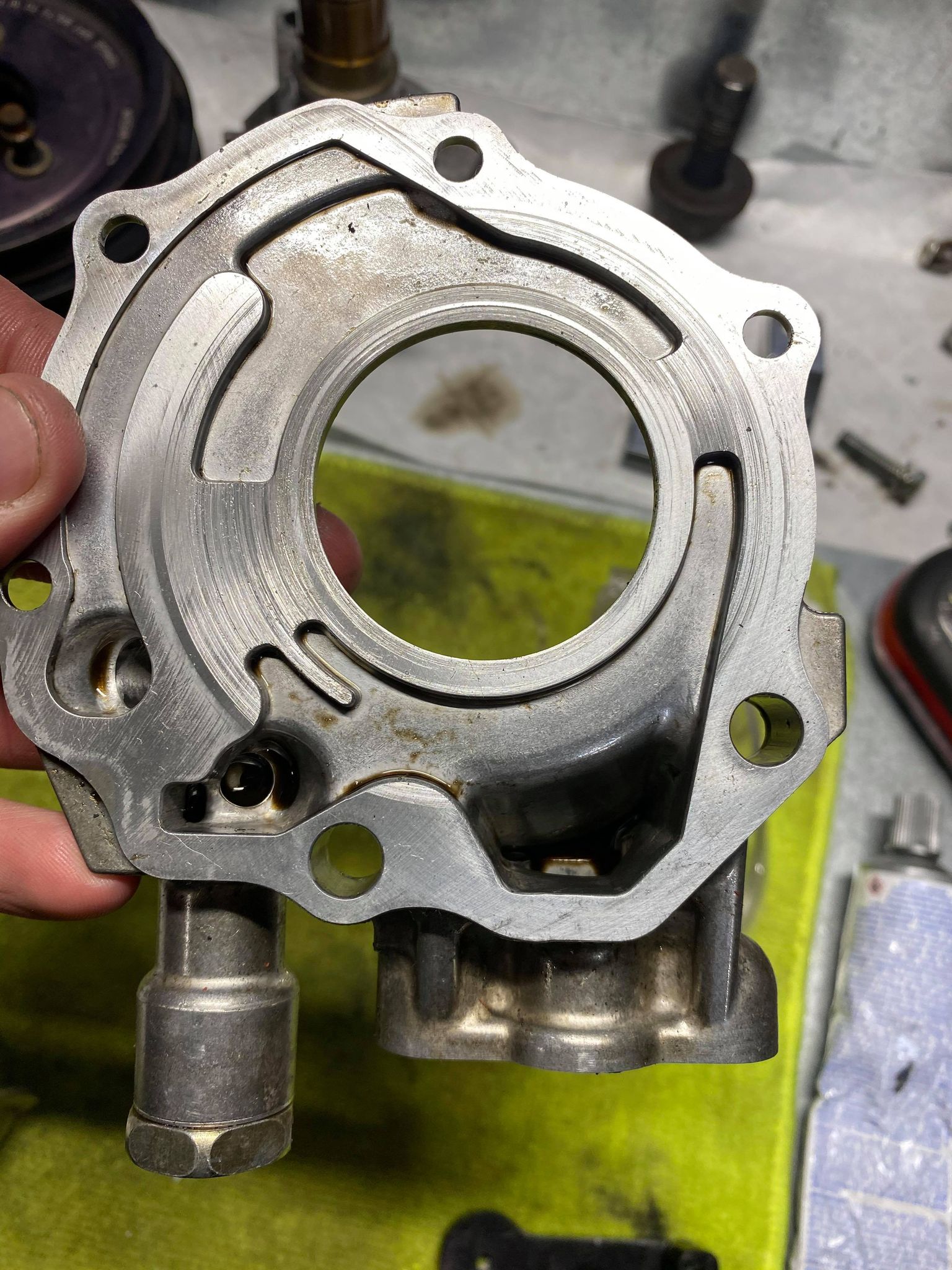 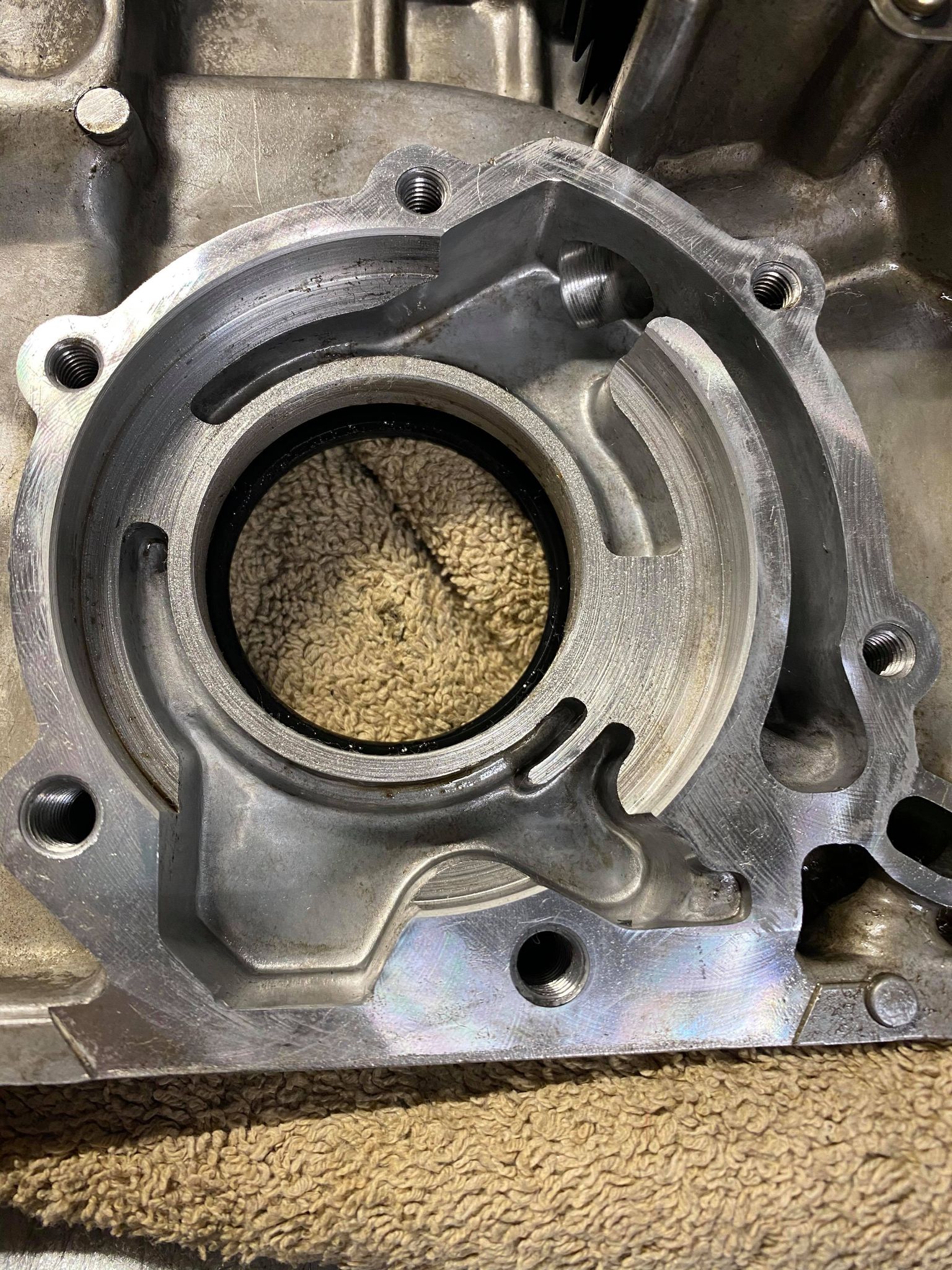 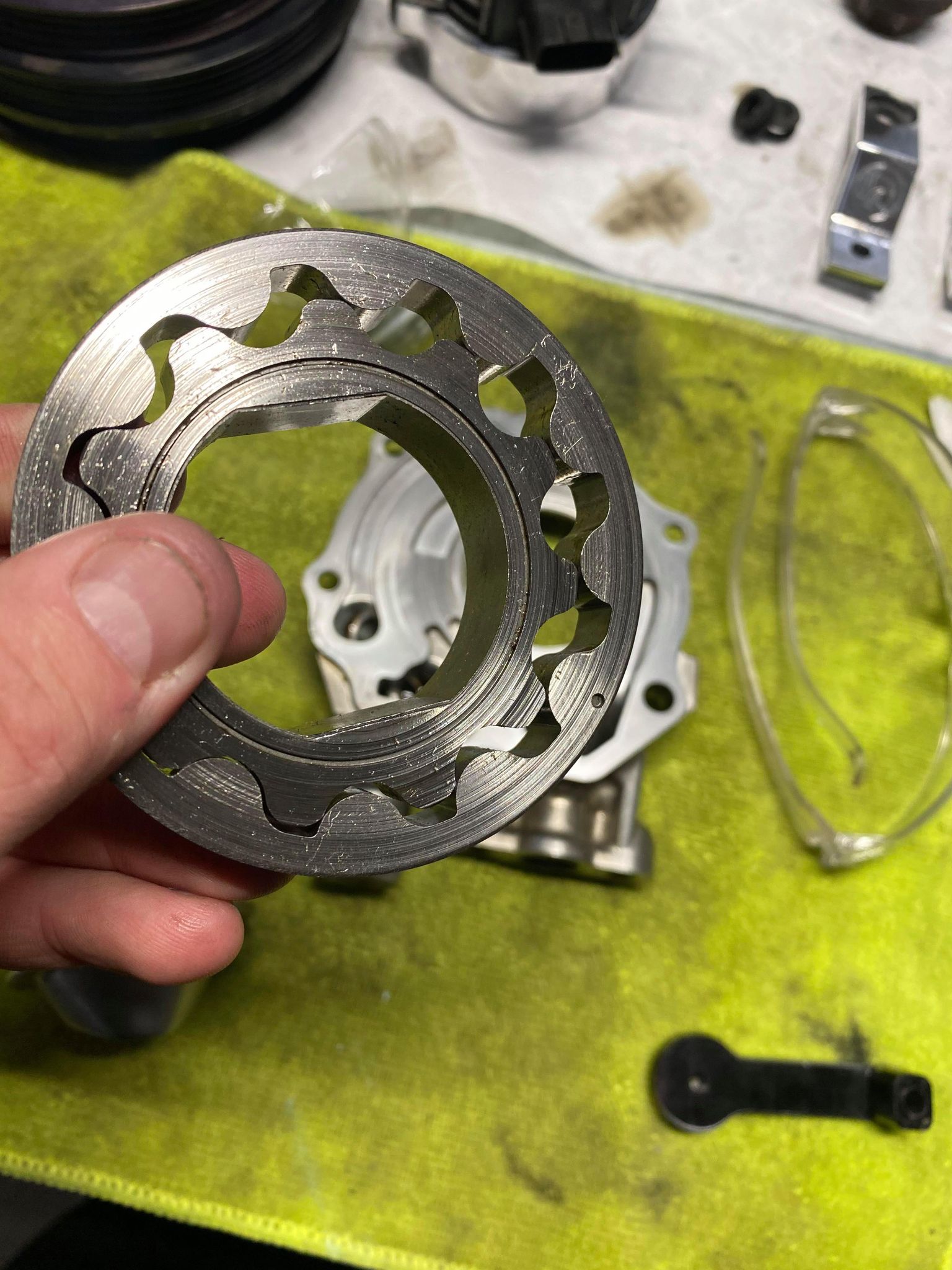 Are you sure the crank is spinning in the right direction?

Is the pickup screen clear? Any cracks in the pickup tube? Gasket and flange is good? Might want to see if the flange has a "U" to it.

The scoring could be enough that if your oil bleeds down and air gets into the pump it can't prime itself. It looks like a bit of scoring to me but I would have to take a look at some old ones packed away in my garage... There is unfiltered oil running through it so it is to be expected.

If rock auto still has them it might be worth picking up another complete front cover assembly just to be sure?
Current Experiment: APS SR56, Methanol Injection, & Built Block
Top

Pick up screen is clear, and free of debris. Was replaced in 2018 with a new OEM S14 unit
Things are definitely scored, but I can't imagine enough to not build ANY pressure at all, especially after 23K miles. You can feel them with your finger tip, but not with your finger nail.

Ordered a new front cover assembly. Will be replacing the gears and bypass with OEM parts. Just irritating this has happened to me now twice.
Top

I wonder if the machining done to the aftermarket front cover is different versus what the OEM does for the OEM gears. Maybe compare the gear dimensions (especially the thickness) when you have everything apart?

My thought would be that they just get the gears from the same supplier but maybe not.

Far fetched but I'll throw one more crack-pot theory in: Does the crank have any marks/indents on the flats where the gear sits which could cause it to catch instead of float?

currently rebuilding my car and I cant settle for an aftermarket pump!
Top
Post Reply
5 posts • Page 1 of 1